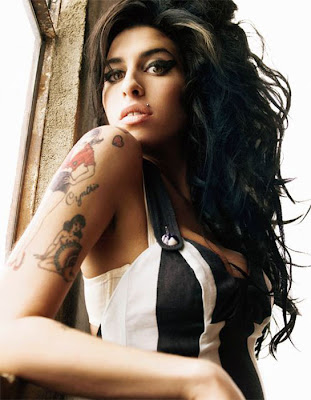 Amy Winehouse was found dead by ambulance crews called to her home in North London's Camden area. Amy Winehouse is famous for her soulfully rich sound that grabbed everyone's attention. The songstress is also well known for her song "Rehab" which told her real life story all too well.Winehouse struggled publicly with an overwhelming addition to drugs and alcohol. She will be remembered for her unique style, rebellious stance and the imprint of her "God given" musical  talent. Rest In Peace Amy Winehouse.

Talk Is Cheap- Drop A Dime On Em!
Follow me on www.Twitter.com/MsChynaBlaQ
Posted by Chyna BlaQ at 10:13 AM