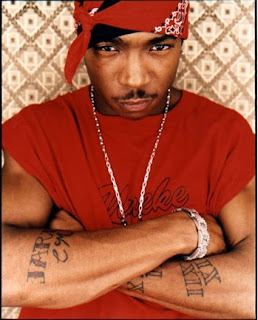 Rapper Ja Rule was sentenced to 28 Months in prison for failing to pay over One Million Dollars in Back taxes! Ja Rule 35, whose real name is Jeffrey Atkins was already serving a two year sentence for weapons charges!! Ja Rule claims to have lacked the proper financial guidance during the early years of his career. Between 2004 and 2008, the rapper grossed well over 4 million dollars tax free dollars.

Ja Rule told reporters, 'Things fell on hard times for me (and) kind of spun out of control". Hold Ya head brother!!

One Time for your Mind: Pay your taxes People!! Uncle Sam is not playing games!!  Talk Is Cheap- Drop A Dime On Em! Follow me on www.Twitter.com/MsChynaBlaQ
Posted by Chyna BlaQ at 8:23 AM