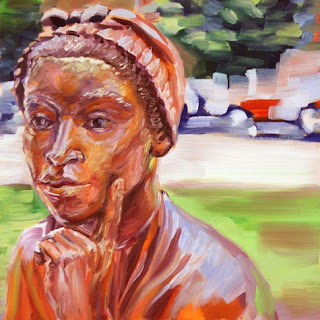 Phillis Wheatley was one of the first "African-American" poets and women to have her work published. At the age of 7 she was taken from Africa and brought to America where she was sold into slavery. Phillis Wheatley lived a life more fortunate than other slaves; shortly after her arrival to the U.S. she learned English and spoke so eloquently it astonished others.

Phillis Wheatley was allowed by her owners the Wheatley's to study Latin and English Literature, this literary exposure allowed her to develop into a great writer!

"Phillis's place was designated by her white world, and she was virtually cut off from her own people, but she was definitely still a slave, although a privileged one. Though superior to most in her intellectual and literary accomplishments, she was clearly never their social equal."-vcu

"On Being Brought from Africa to America" by Phillis Wheatley
Twas mercy brought me from my Pagan land,
Taught my benighted soul to understand
That there's a God, that there's a Saviour too:
Once I redemption neither sought nor knew.
Some view our sable race with scornful eye,
"Their colour is a diabolic dye."
Remember, Christians, Negroes, black as Cain,
May be refin'd, and join th' angelic train.

This is one of the many controversial pieces written by the once enslaved poet, who seemed to praise slavery because it led her to Christianity. Despite the critical debate about the writer's loyalty and literary content... Phillis Wheatley was an astonishing African writer who paved the way for other minority writers.

Talk Is Cheap- Drop A Dime On Em!
Follow me on www.Twitter.com/MsChynaBlaQ
Posted by Chyna BlaQ at 8:29 PM No comments: 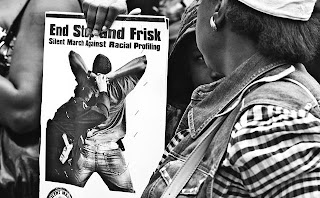 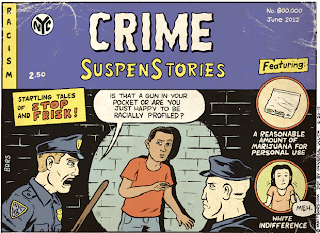 Posted by Chyna BlaQ at 6:23 AM No comments:

Please participate in a Women of Color Health Survey and win a Prize!! 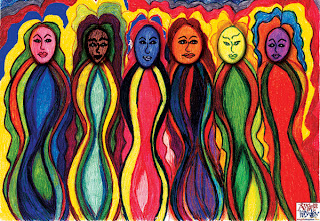 A good friend of mine is conducting a women's health survey geared towards women of color. Please take a moment out of your time to participate in the survey. Test your knowledge or even learn more today!! The rules are listed below and Thank you in advance for your participation! Good luck and Stay Healthy!

Talk Is Cheap- Drop A Dime On Em!
Follow me on www.twitter.com/mschynablaq
Posted by Chyna BlaQ at 9:33 PM No comments: 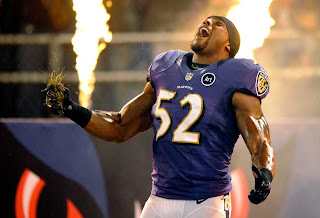 The Baltimore Ravens take the win 34-31 for Super Bowl XLVII against the San Francisco 49ers!! The Super Bowl is undoubtedly the most popular sporting event throughout the nation. I, amongst millions of others, stationed myself on a sofa and stuffed my face with chips, dip and drink!

The Ravens literally struggled to see the light of  victory against the 49ers, through the huge power outage that shut the lights off during the third quarter. 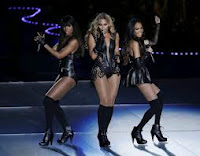 The half time performance had all eyes glued to their sets as we watched Beyonce along with a Destiny's Child sing our favorite songs!! The girls looked fantastic. I think this was my favorite part of the game considering I am so not into sports. Okay, Super bowl Sunday had its glory now its diet Monday!


Talk Is Cheap- Drop A Dime On Em!
Follow me on www.Twitter.com/MsChynaBlaQ

Posted by Chyna BlaQ at 7:58 AM No comments: