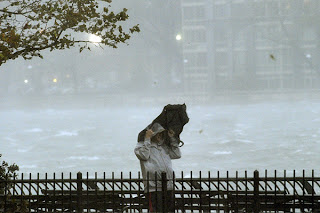 Hurricane Sandy forced New York residents to stay inside and get cozy as she rocked the East Coast! Death tolls have climbed up to 35 as the US begins a massive post-Sandy clean up effort. Approximately 8.2 million East Coasters were left without power after feeling the wrath of Sweet Ol' Sandy. New York State was amongst the hardest hit areas. This storm has single handedly shut down the Financial district, Schools, Highways, Airports and all Public Transportation! Talking about a Major Stand Still!! 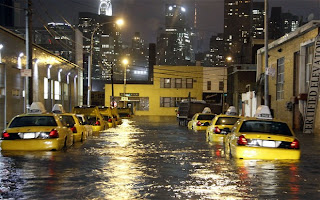 "This was a devastating storm, maybe the worst that we have ever experienced," New York City Mayor Michael Bloomberg said. Although its not yet confirmed, this storm's effects might be one for the record books.


What did you do during your Hurricane Hibernation?? Did you snuggle up with an unfinished read?? What did i do you ask???  I was surrounded by Love as I slowly sipped on hot tea with Brandy.

Talk Is Cheap- Drop A Dime On Em!
Follow me on www.Twitter.com/MsChynaBlaQ
Posted by Chyna BlaQ at 4:00 PM