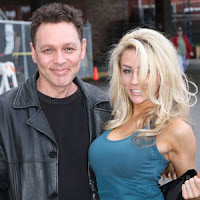 Actor Doug Hutchison who is known for his roles in "The Green Mile","The X- Files" and "Lost" got married in Vegas. The 51- year -old actor married 16-year-old Courtney Alexis Stodden, who is an aspiring  country singer. The controversial union has been the talk of the town! In the state of Nevada a minor must have the permission on his/ her parent in order to obtain a marriage license."We're very much in love and want to get the message out there that true love can be ageless" said the newly weds to reporters.


One Time for your Mind: There are men that like young girls...we call them pedophiles! I hate to be so harsh but let's keep it real! Despite Courtney Stodden's very experienced looks, she is still under age! She is a minor! She is still in High School!!

Maybe I am thinking way too much but,  Why is it when an older female dates a much younger male we call her a "Cougar"?! What do we call a man that dates a much younger woman?
Talk Is Cheap- Drop A Dime On Em!
Follow me on www.Twitter.com/MsChynaBlaQ
Posted by Chyna BlaQ at 1:30 AM 1 comment:

Japanese scientist Mitsuyuki Ikeda from the Okayama Laboratory has discovered a new way to recycle human waste! The scientists have found a way to extract the "good proteins" found in human fecal matter, creating a savory "meat like" substance that resembles beef.

Why, you ask?? Tokyo has a huge problem with their sewage system and they need to discover new ways to eliminate waste. (no pun intended giggle) The Japanese scientists load up the waste into a machine called the "exploder" and out comes artificial steak! According to Digital Trends, it's 63 percent protein, 25 percent carbohydrates, 3 percent lipids and 9 percent minerals. The meat is later colored red and some say it tastes like beef!! Bon Appetit!!


I am not 100% for sure about this story but if it were...
Would you try this new meat on the menu?
Talk Is Cheap- Drop A Dime On Em!
Follow me on www.Twitter.com/MsChynaBlaQ
Posted by Chyna BlaQ at 9:29 PM No comments: 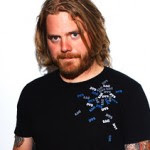 Ryan Dunn from the all too popular Movie and Television series "Jackass " died early Monday morning  in a horrific car crash. "A preliminary examination of the crash site suggested Dunn's Porsche may have been travelling more than 100 mph (160kph) in the 55 mph zone when it jumped a guardrail, flew into a wooded ravine, struck a tree and burst into flames." The well known actor will be remembered for his stunts and pranks on the multimillion-dollar series "Jackass". Ryan Dunn and friends are pictured here having drinks just a few short hours before the deadly crash. 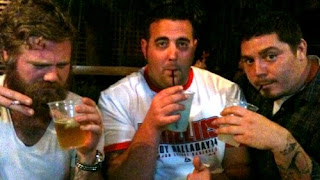 Movie critic Roger Ebert shamelessly tweeted  "Friends don't let jackasses drink and drive". The movie critic later apologized on his blogsite saying he was "too quick to tweet". It has not been confirmed if the young actor was driving drunk, the toxicology reports are not yet available. The "Talk Is Cheap Blog" would like to extend it's deepest sympathy and condolences to the Family, Friends and Fans of Ryan Dunn, Rest In Peace.

One Time for your Mind: If you think for a second that a friend has had too much to drink... Please take the car keys! Please Do Not Drive if you are tired/sleepy or under the influence of  any type of drug or alcohol.

Talk Is Cheap- Drop A Dime On Em!
Follow me on www.Twitter.com/MsChynaBlaQ
Posted by Chyna BlaQ at 12:36 AM No comments: