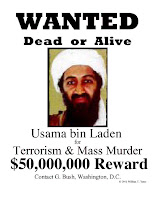 “The death of bin Laden marks the most significant achievement to date in our nation’s effort to defeat Al Qaeda,” Obama said. “Yet his death does not mark the end of our effort. There’s no doubt that Al Qaeda will continue to pursue attacks against us. We must –- and we will — remain vigilant at home and abroad.” -President Barack Obama


The search for Osama Bin Laden had went on for nearly a decade after the September 11th attack. Americans gathered after midnight at the World Trade Site to celebrate the death of Osama Bin Laden and to remember their love ones. The News of  Bin Laden's death circulated for hours on Twitter prior to the President's announcement. It's reported to be one of the most "tweeted" reports to circulate.

Talk Is Cheap- Drop A Dime On Em! Follow me on www.Twitter.com/MsChynaBlaQ 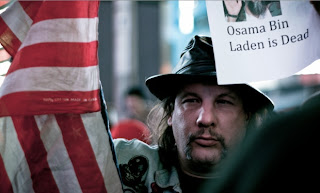