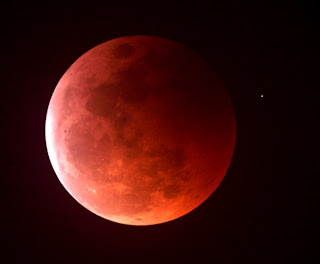 Most people on the East Coast were fast asleep when the historical Lunar Eclipse occurred early Dec.21st, around 2:40 a.m in the morning. "This was the first time a total lunar eclipse occurred on the winter solstice since 1638. As a result, the moon appeared "very high in the night sky, as the solstice marks the time when Earth's axial tilt is farthest away from the sun," NASA said-Daily News

According to experts, "It won't fall on this day again until 2094". Simply Amazing!! So sleepy heads be thankful for modern technology; our missed moment will be available on You Tube!