Taking your Child to the Shooting range. 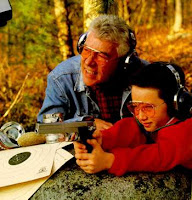 The right to bear arms is a part of the foundation of America and the second amendment right of the U.S. Constitution. Many people exercise this right by carrying licensed weapons and keeping them in their homes.  In many states it is legal for children to handle a gun under the supervision of a legal guardian. Now My question is...


Is it appropriate for a child to learn how to use a gun?

There are shooting range classes available for children to learn how to operate guns of every type. About two years ago an 8 year old boy from Massachusetts accidentally shot himself in the head at a gun show. As the boy fired the Uzi, "the front end of the weapon went up with the backfire and he ended up receiving a round in his head," police Lt. Hipolito Nunez said. Currently the parents are suing the gun club and organizers of the gun show; accusing them of negligence. I think the real people to blame in this case are the parents. What parent gives their 8 year old child permission to operate a machine gun?! Should we also place some of the blame on ourselves too?! It was perfectly legal for this 8 year old kid to have the Uzi machine gun in his hands.
I remember when my brother got a BB gun for Christmas from my grandfather. We lived in North Carolina at the time; it was not unusual for a child to have a rifle or a pellet gun. He didn't use it much but I remember him waving it around and pointing it at the family in play. In my opinion guns promote violence and are highly inappropriate gifts for children.
One Time for your Mind: American children are more at risk from firearms than the children of any other industrialized nation. In one year, firearms killed no children in Japan, 19 in Great Britain, 57 in Germany, 109 in France, 153 in Canada, and 5,285 in the United States. -(Centers for Disease Control) Note this report does not include the number for non- fatal injuries children suffer from guns.
This Blog is dedicated to all of the children who have lost their lives or have been injured by gun violence. A gun in the household poses a risk to everyone. If you own a gun, please keep it away from children. 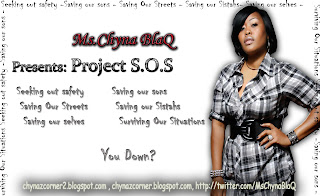 What do you think?! Should children be allowed to operate a gun with parental consent?
Talk Is Cheap- Drop A Dime On Em!
Posted by Chyna BlaQ at 4:03 PM