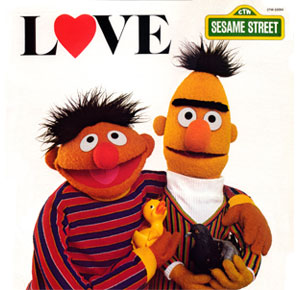 New online petition urges PBS to change the Sesame Street odd couple "Bert and Ernie" into a Gay Couple! A Chicago resident by the name of Lair Scott started the online petition that has gathered well over 1600 signatures. Mr. Scott wants PBS and Sesame Street to change the nature of the relationship between the characters Bert and Ernie; making them a gay couple that eventually get married.

The petition states, this "would show children and their parents that not only is it acceptable but also teach children that homophobia is wrong, bullying is wrong and that Sesame street should recognize that there are LGBT relationships, families, and include them in their show."

The Sesame Workshop responded in a statement: "Bert and Ernie are best friends. They were created to teach preschoolers that people can be good friends with those who are very different from themselves." 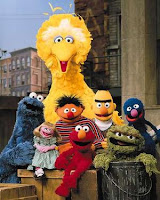 I have always viewed Sesame Street as a show that teaches lessons of tolerance and compassion to children and adults abroad. I love Bert and Ernie's friendship and feel the characters should remain unchanged.

How about you? Do you feel the characters Bert and Ernie should come out as a Gay couple?? Share your honest thoughts


Talk Is Cheap- Drop A Dime On Em!
Follow me on www.Twitter.com/MsChynaBlaQ
Posted by Chyna BlaQ at 11:38 AM