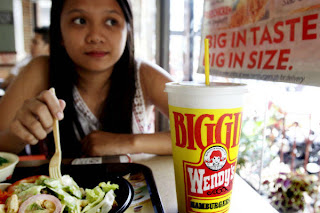 Mayor Michael Bloomberg wants to ban the sell of large sugary drinks in more than a few New York City establishments. The ban prohibits the sell of soda, coffee, teas and fruit drinks that are larger than 16 ounces. It's all in his plan to help the city fight the wide spread obesity epidemic.

This new proposed ban is more than a little intrusive! People have the right to purchase whatever sugary drink they darn well please! Next the mayor will control how many times people are allowed to eat take-out! Where do we draw the line here??!! Ultimately... It's the people choice!!

There are just as many gyms and recreational centers, as there fast food restaurants!!

Sugary drinks or calorie packed treats should be eaten in moderation. Bloomberg! Why not place a ban on cigarettes or 40 ounce malt liquor?? What do you think about this proposed soda ban??

Talk Is Cheap- Drop A Dime On Em!
Follow me on www.Twitter.com/MsChynaBlaQ
Posted by Chyna BlaQ at 8:09 AM