The Trayvon Martin Murder and the Community's Cry for Justice 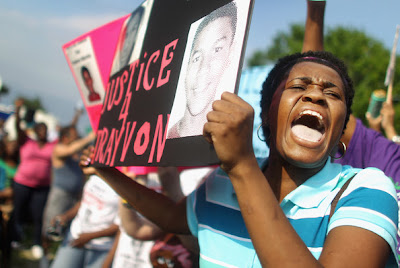 The Trayvon Martin murder case has sparked nation wide media coverage. People across America are gathering by the thousands and donning hoodies in protest against the unjust killing of the Black teen.

On February.26, 2012, an unarmed teenager named Trayvon Martin was shot dead by a self proclaimed neighborhood watch leader named George Zimmerman. George Zimmerman followed and confronted the teen despite the police department operator clearly directing him not to do so. Zimmerman admits to shooting the teen and remains a free man today!

An online petition has circulated for the arrest of Trayvon's Killer. Over 2.2 million people have signed the online petition, making it the largest petition to be given by change.org.

This case has stirred up so many questions about race relations in America. Many people think that the teen's appearance might have contributed to his death. So can we say that a minority in a hoodie and jeans is automatically perceived to be a thug or a hoodlum? Meanwhile a Caucasian wearing the same might be a jogger or college student; in any sense they wouldn't be viewed as threatening. This mode of thinking  contributes to the huge problem of racism in America. 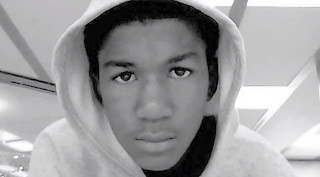 An individual's perception can be the difference between life and death to minority teens. Don't think so...ask Trayvon Martin.

Fox News Commentator Geraldo Rivera excited many with his inflammatory statements about the case. “If you dress like a hoodlum eventually some schmuck is going to take you at your word" says Rivera. “It hurts to be assailed – but anger doesn’t change reality – a minority kid in a hoodie in a hood not his own is a 911 call waiting to happen,” wrote Geraldo Rivera.

Honestly If I were walking down the street and someone in a hoodie were behind me I would be a bit cautious. I would probably turn around to get a glimpse of the person's face to see if I'm in any real  danger. But I think I would do the same with any male walking behind me, white,black or blue!

This case just sickens me...I am disgusted by it! It is amazing to me that despite all the evidence, charges are yet to be brought up against George Zimmerman. Phone records show that this man prejudged the teen and acted on extremely poor judgement. He disregarded clear direction from the police and followed the teen who he said looked "suspicious". George Zimmerman should be in jail! Zimmerman's freedom might be contributed to the fact that his Dad is a retired judge and out dated "stand your ground" laws are still in full effect.

Trayvon Martin was someone's child, who just went out for an ice tea and skittles. Trayvon never returned home, his life was taken from him because he wore a hoodie and looked suspicious. Trayvon Martin could very well be you or me. Listen to the 911 tapes and judge for yourself. Listen to Trayvon's last cries for help!!!

We the people of America want justice! Let's make some noise!
Stand for something or fall for anything!


Leave a Comment...
Talk Is Cheap- Drop A Dime On Em!
Follow me on www.Twitter.com/MsChynaBlaQ
Posted by Chyna BlaQ at 7:00 AM